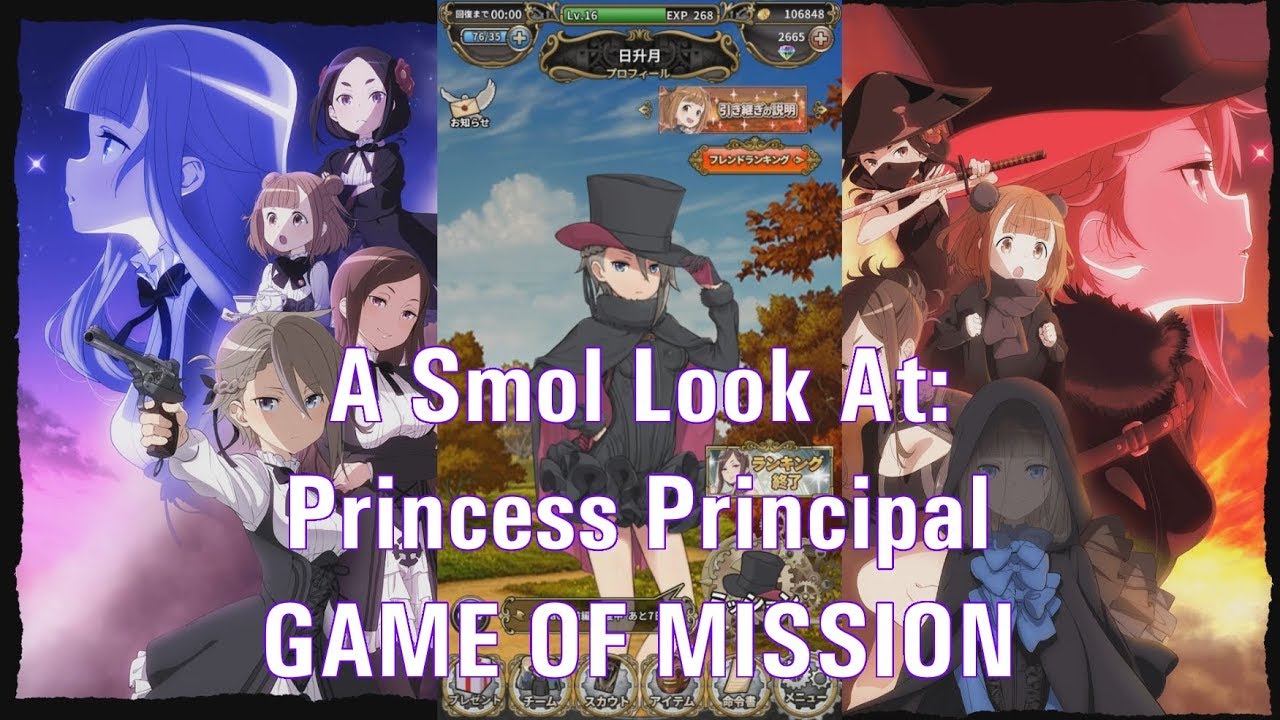 It’s a gatcha game.
If you don’t like that type of game, I would suggest playing something else, like PanzerWaltz or Azur Lane.

Otherwise, the gameplay in Princess Principal GAME OF MISSION is somewhat different to your normal default match three type of game. In this game, you have to link up similar coloured tokens instead of matching them in a line, and the path you draw out is the path your character takes. The objective of each level isn’t to obtain a high score within a set number of moves but rather defeat all enemies on screen by moving past them. So the gameplay is rather quick.

Of course, being a franchised game, Princess Principal GAME OF MISSION does have your favourite characters licensed and available to gamble for; Ange, Charlotte, Dorothy, Beatrice, Chise and a few more not seen in the anime.

So there are plenty of spy waifus to “choose” from (RNGesus does the choosing, you just pay him to do so), each in their particular outfits. The game is somewhat friendly to free-to-play players, though don’t expect the game to be as generous in giving out high rarity cards if you are f2p. Paying players will have access to a higher chance prize pool that the f2p players can’t use, though the prizes of both pools are the same meaning p2p players just have a slightly higher chance of getting rarer cards.

Overall, Princess Principal GAME OF MISSION is enjoyable if like gatcha type games. The anime itself is also enjoyable so I recommend you buy it on BD or stream it online.

If there is enough demand for a proper review of the game or further gameplay like me trying to roll for 6 star SSR cards, leave a like and comment to tell me :3

➤ All music is ingame music.

Copyright Disclaimer Under Section 107 of the Copyright Act 1976, allowance is made for “fair use” for purposes such as criticism, parody, comment, news reporting, teaching, scholarship, and research. Fair use is a use permitted.
“Fair Use” guidelines:
www.copyright.gov/fls/fl102.html

Author adminPosted on July 7, 2020
My doctoral research is to develop fun and entertaining iPad programs that will meaningfully engage people with dementia (PWD). Alzheimer’s Australia Victoria is this...
Read More

Author adminPosted on July 6, 2020
A first look and quick overview of the unique units and buildings and their abilities for the Princess Principal Civilisations. The civilisation is based...
Read More