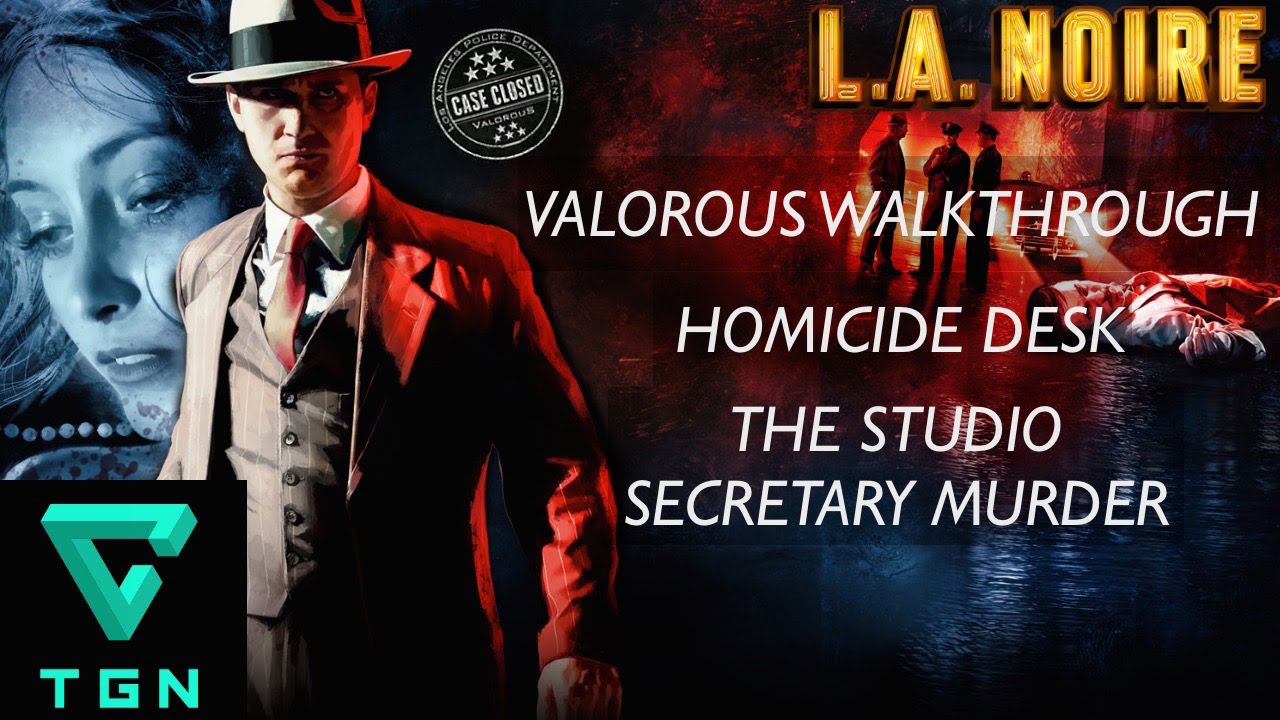 Join me as we play through the events of the visually stunning, story driven L.A. Noire. At the time of release the game had some of the most advanced facial animations of any game released and set the precedent and reference point which all subsequent releases are measured by.

The story begins with Officer Cole Phelps, a former U.S. Marine and decorated veteran of the Pacific Campaign, on the Patrol Desk at the Wilshire Division 7 Police Station as a rookie in 1947 Los Angeles, California, successfully investigating a murder with his partner.

With the drugs market having a massive influx of extremely pure morphine forming the backbone of the story, Phelps discovers a miasma of corruption at the highest levels. The more he investigates the more he disturbs the order.

The Patrol Desk is Department is used as the Game’s tutorial, and its missions will teach the player the game’s basics. Once Phelps completes all missions in this section, the LAPD will note that he has the ability to investigate crimes, and will promote him to Detective.
In the Traffic Department after Cole gets promoted to Traffic, he very quickly discovers a dark world where automobiles are used as instruments of murder, deception and violent crimes.
In Homicide Cole’s cases are concerned with brutal and horrific murders committed on young women. At first, it is not known whether one or more killers are responsible, and it is often very difficult to choose the correct suspect, often given that the evidence points against both suspects. Each murder case seems to have a slight twist in the storyline.
The Vice Desk deals with offences involving prostitution, narcotics, lewdness, lasciviousness, and obscenity. Working these cases will defy Phelps’ worst and lowest expectations of humanity.
Vice is said to be the most “glamorous” of all the departments and one of the prime detective assignments, second only to Homicide. However Vice seems to be the most corrupt department of the LAPD. The Vice Detectives are the most ruthless, dishonest, and are easily swayed when it comes to money.
The Arson Department is where Cole starts to work after being demoted from Vice following the scandal attached to him. Arson is considered the most boring and lowly department in the LAPD and is most likely the reason that Phelps was reassigned here after he was demoted.

Street Crimes occur randomly during a case. The police dispatcher will sometimes signal you to help in a gun battle or a bank robbery.
Each desk has its own set of street crimes. If you miss any during your playthrough, you can attempt to get them all or replay any of completed by replaying the respective desk in the free-roaming Streets of L.A. under “Cases” in the main menu. The dispatch calls come in quick succession unlike in Story mode. Also, these Street Crimes can feature suspects of criminals from previous cases or even previous Departments.

Author adminPosted on July 4, 2020
Please Read the Description Here is the platinum walkthrough of L.A. Noire. And This walkthrough include trophy guides, story walkthroughs, collectibles etc. Hope you...
Read More

Author adminPosted on June 30, 2020
Year is 1963 and you’re one of the hotshots aspiring to be king of the county. You’re given a small sum of money to...
Read More