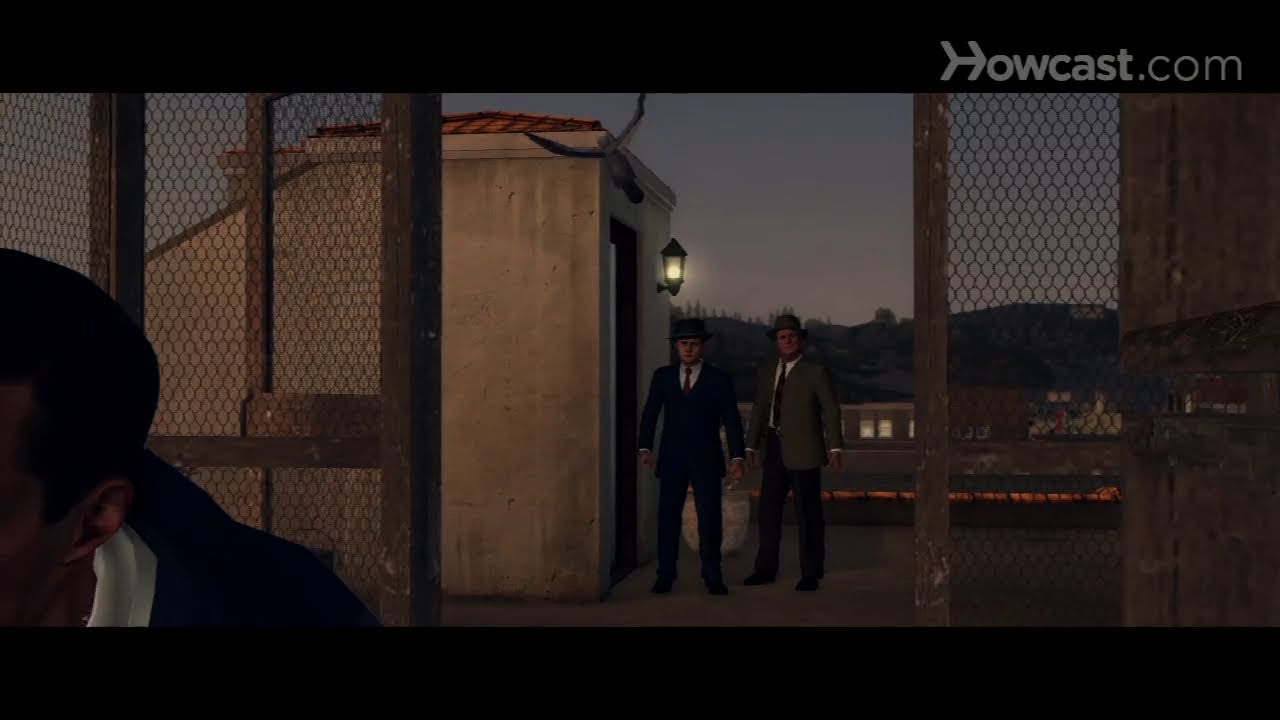 Check out part 61 of this L.A. Noire walkthrough and beat “The Studio Secretary Murder” with this online demo.

Galloway: What are you waiting for? Get after him!

Phelps: We might go faster if we weren’t carrying the extra weight. These are flashy cars to be parked outside a bowling alley.

Galloway: The lanes attract a fast living individual with money to burn, Cole.

Phelps: Or a middle-aged individual with a need to feel virile.

Galloway: I’ll try to shoot out his tires. Wish me luck. Another runner. Well at least we’ve got a suspect.

Phelps: Why do they always run? I’m sure we’ve got the wrong person in more than one of these homicides but they always seem to lam it.

Galloway: You know, your theories are not airtight by any means, Phelps. Phelps, you’ve got to get me closer.

Phelps: If this isn’t the killer, we can at least get him for reckless endangerment. That’s unless he runs into a wall and saves us all the trouble.

Galloway: Now is not the time to play around, Phelps! He’s going through the square.

Phelps: I hope the people see him in time to get out of the way.

Galloway: Hit him, Cole. Spin him out. And that is the end of that. It’s about fucking time.

Phelps: Hands behind your head!

You drive. I need to go over the case notes.

Galloway: Fine. Where are we headed?

Galloway: Terrible shame. Means there’s nobody to let us in. You want to do the honors, Phelps?

Phelps: Torn from the letter we found beside the body. At the very least, I’d say it ties McCaffrey to the scene. He said he was at home, he said he didn’t know her, and we have the book.

Galloway: Let’s see Carruthers argue his way out of this one.

Woman 1: Is that you, Grosvenor? Who are you guys? What are you doing in here?

Phelps: We’re from the LAPD, ma’am. Do you know where we might find McCaffrey?

Woman 1: I’m his neighbor. Is he in trouble?

Galloway: Look, lady. We need to find him and in a hurry. Are you going to give me trouble?

Woman 1: He has a pigeon coop up on the roof. He spends his mornings up there when he’s been drinking.

Phelps: How do we get up there?

Woman 1: Down the hall and up the stairs.

Galloway: Drunk and in command of a carrier pigeon. Surely we can write him up for that, a citation at least.

Galloway: Do not lose that son of a bitch! I’ll go get our wheels.

Phelps: You are running, McCaffrey? Stay and fight a good fight. Give it up! LAPD! McCaffrey, you’re under arrest on suspicion of murdering Evelyn Summers.

Galloway: We need to get Downtown and wrap this thing up. It’s got to be McCaffrey unless Tiernan set him up. You don’t think that asshole Jamison could have done it, do you? Whoever did it, at least, it wasn’t that Dahlia fuck.

Phelps: How do you know that McCaffrey didn’t do the Dahlia?

Galloway: We have a list of over 200 suspects. His name was never on it.

Phelps: If you think the list is exhaustive, Rusty, who am I to argue?

Galloway: Listen, let’s just work the case at hand, shall we? Then we can sit down and put all the puzzle pieces together at a later date.

Phelps: I’ll hold you to that.

Cpt. Donnelly: You sure you can make it stick with one of these suspects, gentlemen?

Phelps: It’s either McCaffrey or Tiernan, sir. I think Jamison is an aberration.

Cpt. Donnelly: All right. I’ll deal with that degraded lunatic myself. He’s got some fearful retribution coming. Tiernan is in One, McCaffrey is in Two. I want a confession from one of them. Don’t fail me, young Phelps.

Author adminPosted on July 6, 2020
The musical instruments have all lost their voices. The Minor Birds can restore their voices, but you must select the correct one. A flock...
Read More

Author adminPosted on July 6, 2020
Hearken back to a time when all you had to worry about was how many quarters you needed to get to the next boss...
Read More