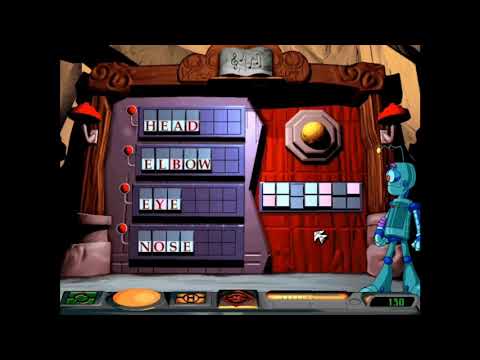 Can we put the letters and music in the right order?
I wrote a song about all the things Polly changed… but I don’t have any music to go with it i’m not sure if anybody would be willing to make me a song out of them… here’s the song… also on corn flakes don’t sing the part in ()’s but include it onscreen

Did you know Mrs. Polly is the center of the solar system.
I bet you don’t really think that I can actually list em.
If I were to list all these I should be a professor.
Cause the first writing ever was done on a word processor.
People will jump on pogo sticks to get around instead of cars.
And people will use dynamite in place of exploding cigars.
Push a button then the toilet will blow into smithereens.
The very first coins ever were used inside of vending machines.
I wouldn’t eat corn flakes with these (frozen worms, ice cream, and cold-water salmon) even with a metal spoon.
We found out that the earth was round by taking pictures from the moon.
The very first painting ever was a sad clown on black velvet.
Put some rockets on your bike, and then you’ll blast off like a jet.
Did you know the saxophone is really just a giant drum.
And now there’s super glue inside of everybody’s chewing gum.
Did you know that sausages are made with old stinky socks now.
We killed the germs inside of milk by gently heating up the cow.
Now the Statue of Liberty is made of licorice not mint.
And now a big orangutan has been elected President.
Now the Statue of Liberty is made of licorice not mint.
And now a big orangutan has been elected President.
Why was the helicopter never ready?
Because somebody came and spilled spaghetti.
Radium it really runs on batteries size AA.
The winners of the first Olympics got a tiara and bouquet.
The first paper was used for making yucky spit balls.
But it was also used for making pretty paper dolls.
Paper was also used for making paper planes fly through the air.
And tools were invented to be used for making household repair.
Snowmen playing basketball now that would be a total fail.
Did you know mailmen use boomerangs to help deliver mail?
The first sound on a phonograph was a loud rock and roll guitar.
The first wheel ever invented was for helping you steer your car.
Nurses at the hospital give patients ice cream and lots of cake.
Jumping off high diving boards with scuba gears a big mistake.
Here we are we’re almost done, Mrs. Polly is a psychopath.
The first thing seen in microscopes was a creature taking a bath.
There we are now we are done. We did them every single one.
Hopefully i’ll use this song to somehow get a date. Because I listed all of those in total there was 28.

Author adminPosted on June 30, 2020
Google DeepMind created an artificial intelligence program using deep reinforcement learning that plays Atari games and improves itself to a superhuman level. It is...
Read More