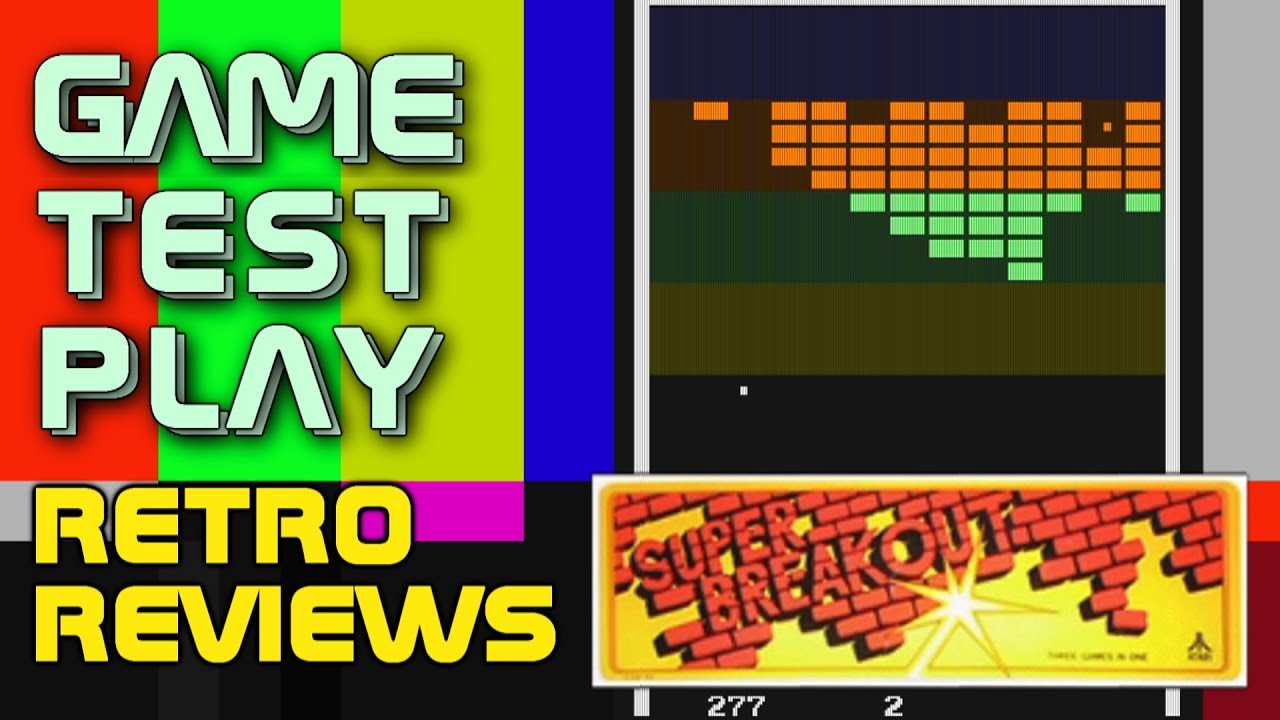 Today I’ll be looking back at Super Breakout. Released by Atari in 1978, Super Breakout expanded on the original Breakout formula by introducing new game modes, and running off microprocessor instead of just mechanical components. The object of the game is to move your paddle left and right, and try to hit the ball into the blocks, eliminating as much as possible. There are 3 game modes. Cavity contains two balls in the middle you can free. Double gives your two paddles and two balls to start with, making this the easiest and quickest to clear the entire screen. And progressive pushes down layers of blocks that continue to spawn.
The original arcade cabinet used a dial, and the PS4 version on Atari Flashback classics allows you to use the d-pad, touchpad and analog stick. I recommend using the stick as a dial for the best precision. And using one of the shoulder buttons to launch the ball. The angle the ball bounces off the paddle depends on the point of contact. I like to imagine the bar as a little arc.
Super Breakout requires complete concentration. A good strategy is to get your ball on top of the bricks so you can eliminate them from the top. The ball speeds up when you first hit the upper layers, which also increases the scoring. Sometimes the bricks don’t break from the sides or even the top, which totally throws me off. The paddle shrinks as you approach clearing all of the blocks, which was probably added to keeps even the best players from hogging the machine. If you’re playing an emulated version I recommend turning on scan lines. It’s easier on the eyes and allows you to measure distance a bit better. Overall, Super Breakout is an all time classic and is still more compelling than most breakout clones today. I challenge any Call of Duty player to try clearing just one screen. I bet they can’t do it. Think modern gamers can handle Super Breakout without breaking their controller? Start a dialogue in the comments, and share this video with the 70s.
#retro #gaming #retrogaming

A Smol Look at – Princess Principal GAME OF MISSION

Author adminPosted on June 29, 2020
It’s a gatcha game. If you don’t like that type of game, I would suggest playing something else, like PanzerWaltz or Azur Lane. Otherwise,...
Read More