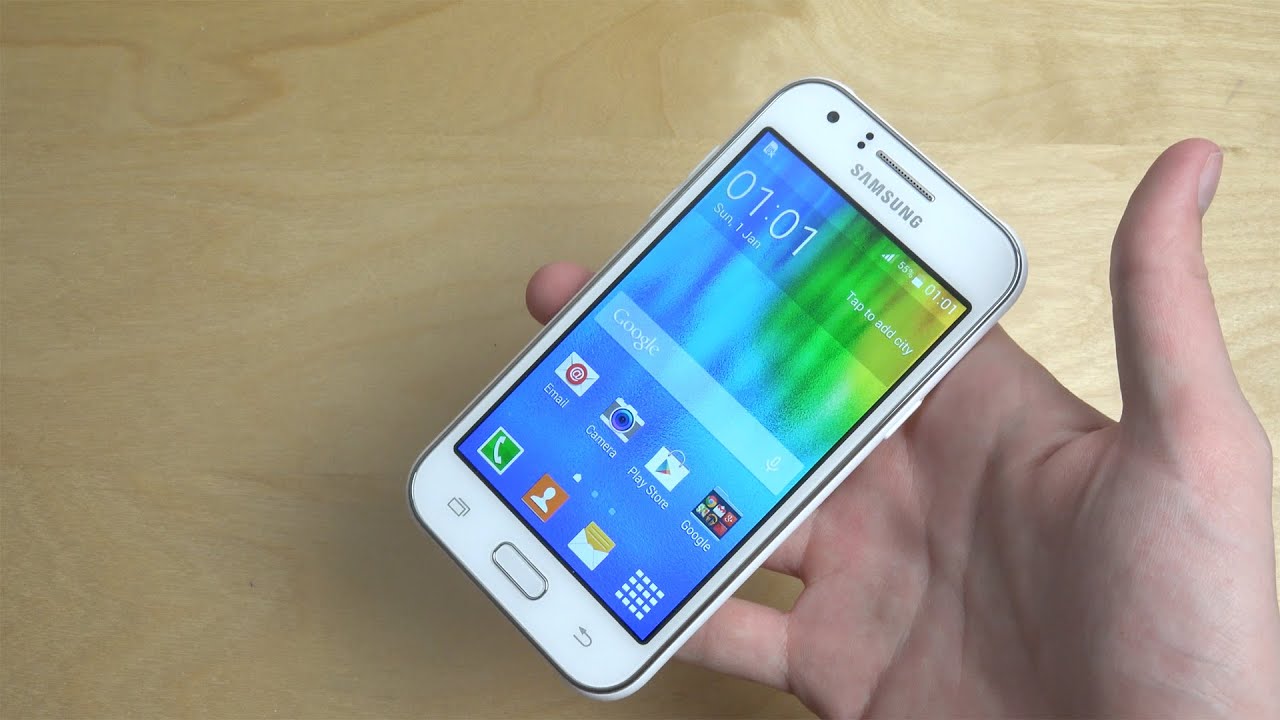 Samsung Galaxy J1 white edition, here goes another Samsung unboxing. This device is also from the Galaxy J series like the Galaxy J5 that was unboxed yesterday. Although a low end and a cheaper smartphone than the J5 in the series, let’s check out if the device performs well.

In the box were the USB cable, earphones, standard charger, battery and the instruction manual in addition to the Galaxy J1 smartphone. The phone has a plastic back which is quite different from the usual Samsung devices. But the back feels somewhat slippery to the hand.

When the battery was inserted and the Samsung J1 was turned on we could see that the display was not AMOLED, but made of a cheaper variant. As the J1 is a cheap phone in the Samsung market we could see it’s slow and gets laggy in some places. But the overall appearance of the phone is quite nice if you disregard the slippery back.

If you wish to know more about the Samsung Galaxy J1, let me know in the comments.

Join us on social media!