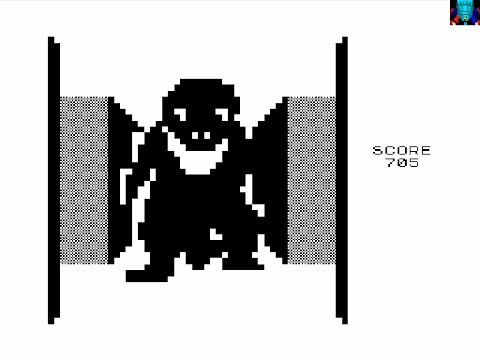 A 1st-Person Adventure game where you are in a maze roam area being chased by Tyrannosaurus Rex. Once you are spotted by T.Rex, you chase run as fast as possible to avoid being eaten.

This is the first ever 3D Game to be released on the home systems and on computers, which pave the way for games like Wolfenstein 3D in the early 1990s

Due to hardware limitations during that time, the game itself has no sound.

Author adminPosted on June 30, 2020
Today on TDCSH we teach to do a GAMER’S ORGANIZER 2.0. A homemade piece of furniture to store your video games with reused materials....
Read More

Author adminPosted on July 7, 2020
Second part of the walkthrough. I apologize about how long this took, my previous week wasn’t exactly fun and I was too distraught to...
Read More

Looking at a DECADE of old photos with my wife!

Author adminPosted on June 30, 2020
Dan was out sick with the flu (he’s better now!) when this was filmed, so we decided to take a trip down memory lane...
Read More