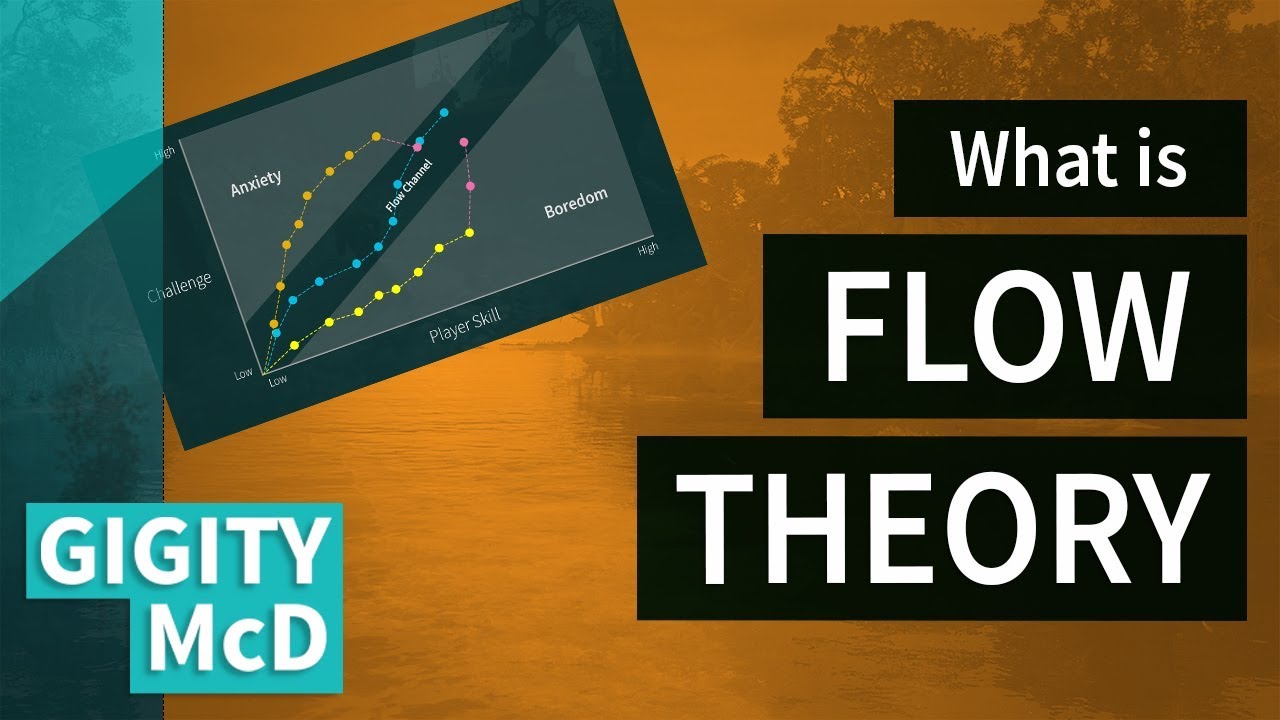 An in depth look at the basics of Flow Theory in Game Design. We walk through the progression of getting a player into and keeping them in a flow state. Flow graphs are discussed in detail and the idea of Anxiety and Boredom in relation to challenge are covered.

Flow theory is a psychology theory that we can adapt in our game designs to create challenges that are catered to the skill level of our players. It is a fundamental theory that every game developer should have a good grasp on.

The idea of flow theory is to give a challenge to a player that is equal or slightly more difficult that the level of the players current skill. This will put the player into a flow state which is a state of heightened awareness. If we choose a challenge or task that is too easy, the player will fall into boredom and may abandon our games. If the challenge is too hard and the player’s skill isn’t developed enough, the player will fall into anxiety where they cannot overcome the challenge. This will make them frustrated, angry or fed up and they may leave.

SUPPORT THE CHANNEL
Ko-Fi Link – Any support is immensely appreciated and will go straight back into the channel:

Would you swipe right for Santa? – Adolescent Santa Claus

Author adminPosted on June 29, 2020
HOORAY FOR JINGLE GRUMPS! If you can figure out what the h*ck is going on in this game that is definitely a lot of...
Read More