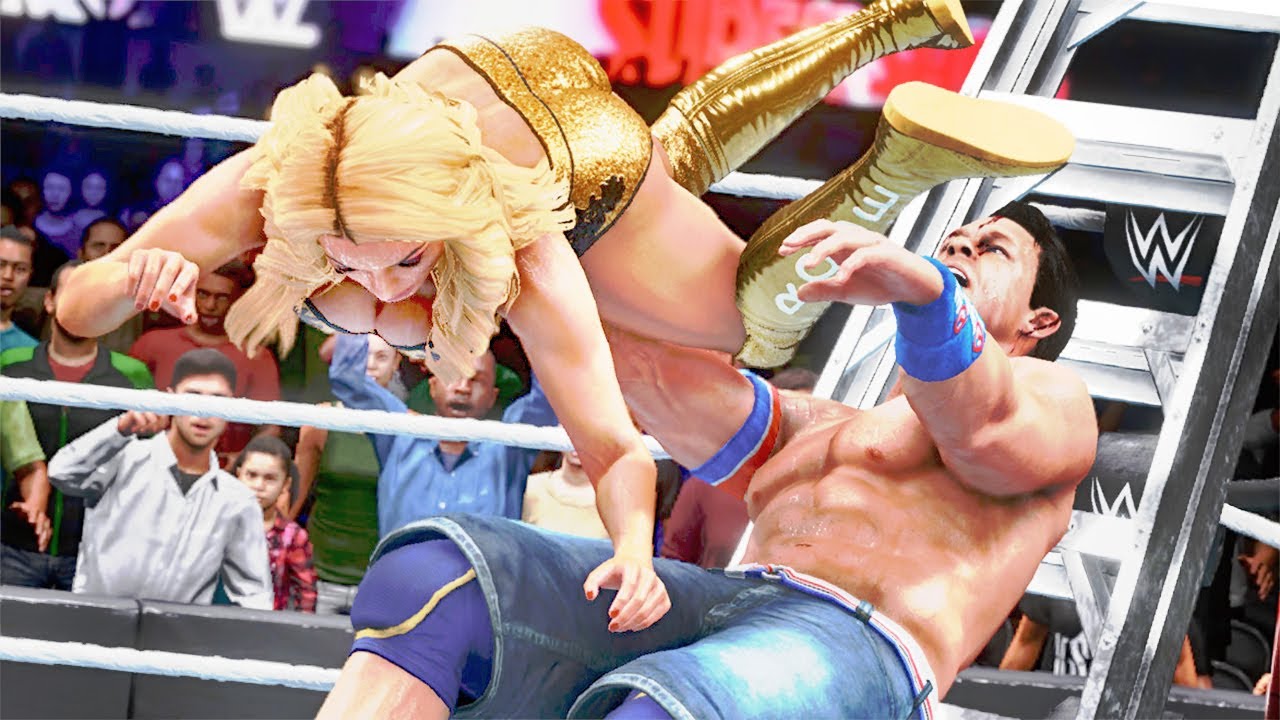 RECORD SCRATCH… Find out how John Cena found himself falling onto a table!.. And yes, his face is screwed up in this game. xD Match with tables, Ladders and chairs… no, really, the steps, inside the ring with piledriver, powerbomb, facebuster, gorilla press and a leg drop from the top of the ladder!.. More WWE 2K intergender matches, Braun Strowman VS Alexa Bliss ryona:
Intergender wrestling: